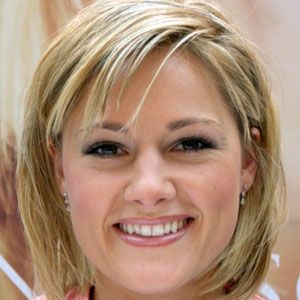 Famous for her 2013 multi-platinum album Farbenspiel, this German pop and schlager music singer received a 2013 Bambi Award; a 2014 World Music Award; and numerous Echo Awards. By 2014, her album sales had topped 9 million.

In her late teens, she trained at the Frankfurt Stage and Musical School and performed at both the Frankfurt National Theatre and the State Theatre of Darmstadt.

She appeared in a 2013 episode of the TV series Das Traumschiff.

She and her older sister were born in Russia to German parents named Maria and Peter Fischer. When she was four years old, she relocated with her family to Wöllstein, Germany. In 2008, she became romantically involved with German singer and television host Florian Silbereisen.

Helene Fischer Is A Member Of