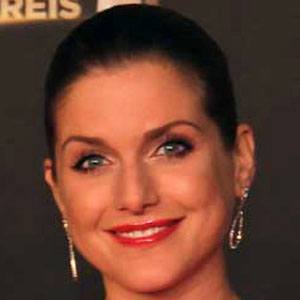 German dance-pop artist who released the Platinum-selling albums Break on Through and Delicious.

She began performing with the Circus Lilliput acrobats troupe at age six.

She revamped her style with her 2009 comeback album, Undress to the Beat.

She married guitarist Jorg Weisselberg in 2012.

Jeanette Biedermann Is A Member Of