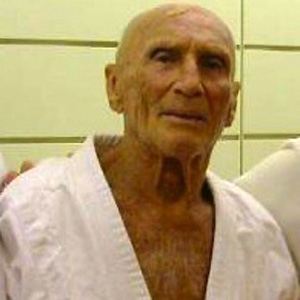 Co-founder of Gracie Giu-Jitsu who was a 10th degree red belt in Jiu-Jitsu and a 6th degree black belt in Judo.

He began to develop Brazilian Jiu-Jitsu as a way of compensating for his small build.

He was named Man of the Year by Black Belt magazine in 1997.

He had a five decade marriage to Margarida Gracie, which was followed by a marriage to Vera Gracie.

He worked with his son Rickson Gracie to help bring his special brand of Brazilian Jiu-Jitsu to the United States.

Hélio Gracie Is A Member Of