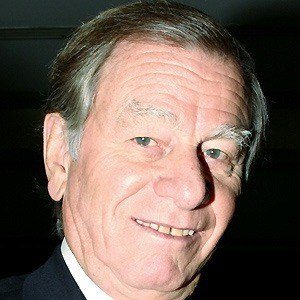 Businessman and husband/manager of soap opera actress Susan Lucci. He produced two TV movies starring his wife, Blood on Her Hands and Seduced and Betrayed.

He was trained as a physician.

He struggled with atrial fibrillation, an irregular heartbeat that causes poor blood flow.

In 1969, he married Susan Lucci, with whom he had two children.

He was an audience member of Dancing with the Stars, a TV show co-hosted by Tom Bergeron.

Helmut Huber Is A Member Of