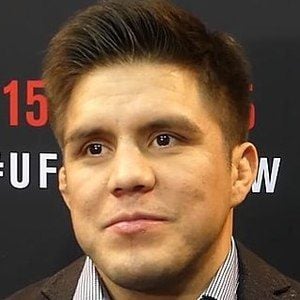 Mixed martial artist and freestyle wrestler known for being the first Mexican-American to win a gold medal in the sport, which he did in 2008. After retiring from wrestling in 2012, he began fighting in MMA and made his UFC debut in December of 2014.

He and his older brother, Angel, both became prominent wrestlers in high school, combining to go 273-3 and winning a total of eight state championships during their careers.

He skipped the chance to wrestle in college and immediately started training for they Olympics out of high school, which helped him become a gold medalist when he was only 21.

He grew up with five older siblings, the family often moving from state to state as their mother tried to support them all.

He joined Mark Schultz as one of the few gold medalist wrestlers to fight in the UFC.

Henry Cejudo Is A Member Of