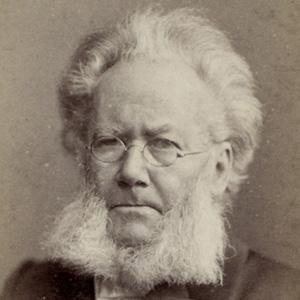 Norwegian playwright and director who wrote Hedda Gabler, Peer Gynt, and A Doll's House. He is often called the father of realism.

He came from a family with a Danish shipping background, and he went to work as a merchant.

His son was the Prime Minister of Norway.

His parents were and Marichen Altenburg. He was married to Suzannah Ibsen from 1858 to 1906.

Henrik Ibsen Is A Member Of