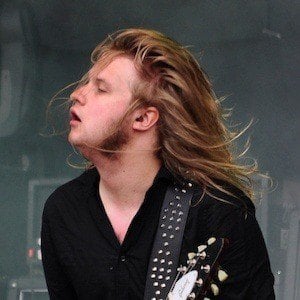 Heavy metal musician who is widely recognized for having played guitar with In Solitude from 2010-2015. In 2017, he released a single titled "Elephant," which would appear on his debut solo album.

He began his career as a professional musician with the band Chainwreck.

In 2015, he joined the mysterious heavy metal outfit Ghost as a Nameless Ghoul.

He performed alongside vocalist Tobias Forge in the band Ghost.

Henrik Palm Is A Member Of