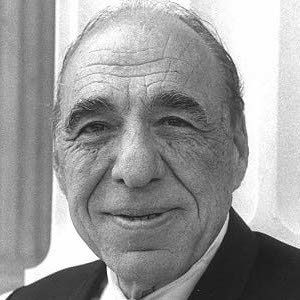 Politician and member of the Democratic party who represented Texas's 20th congressional district in the U.S. House of Representatives from 1961 to 1999.

He attended San Antonio College and the University of Texas at Austin before receiving a Juris Doctor from St. Mary's University School of Law and becoming a probation officer.

He chaired the United States House Select Committee on Assassinations that investigated the deaths of John F. Kennedy and Martin Luther King, Jr among others.

He introduced legislation calling for the impeachment of Ronald Reagan.

Henry Barbosa Gonzales Is A Member Of