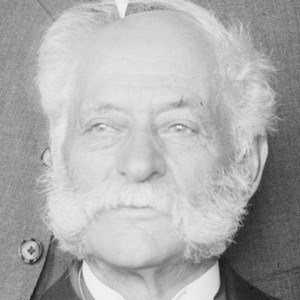 Founder of the "57 varieties" H. J. Heinz Company. His legacy was honored with the naming of Heinz Field, the home of the Pittsburgh Steelers.

He sold vegetables door-to-door as a young boy.

He chose the "57 varieties" slogan at random because he enjoyed the sound of it.

He had four children with Sarah Sloan Young whom he married in 1869.

His grandson was Senator H. John Heinz III who died in 1991. His wife Teresa Heinz Kerry remarried to another U.S. Senator, John Kerry.

Henry J. Heinz Is A Member Of