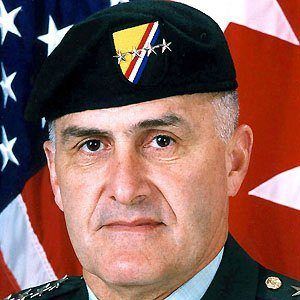 Overseer of world-wide U.S. military operations who served as Chairman of the Joint Chiefs of Staff from 1997 to 2001.

He attended North Carolina State University, where he was a member of the Pershing Rifles fraternity.

He served two tours of combat duty in Vietnam and later led the task force that carried out the 1994 mission to overthrow Haiti's regime.

He had three sons with his wife, Carolyn L. Johnson.

He was an advisor to Senator John Edwards during Edwards' presidential campaign.

Henry Shelton Is A Member Of