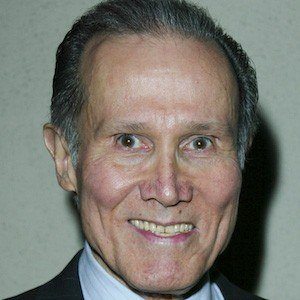 Supporting actor who gained recognition for his roles in the 1962 thrillers The Manchurian Candidate and Above the Law. His other credits include The Untouchables and Voyage to the Bottom of the Sea. Throughout his long career, he amassed 140 acting credits.

He dropped out of school at age 13 and worked as a waiter to pay for drama lessons.

He gained supplemental fame for his role in Ghost Dog: The Way of the Samurai. He retired from acting after 50 years in the industry and his last film Ocean's Eleven.

He had two children, Michael and Scott, with his second wife, Ruth Earl.

He had a small supporting role opposite Brad Pitt in the 2001 film, Ocean's Eleven.

Henry Silva Is A Member Of