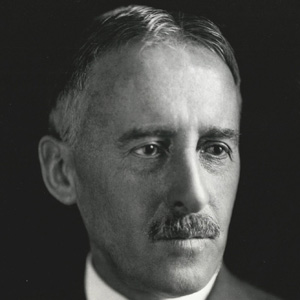 Secretary of War under Franklin Roosevelt from 1911 to 1913 who directed the American war effort in WWII. He also served as the US Secretary of State under Herbert Hoover.

He was the U.S. District Attorney and President Taft's Secretary of War, joining president Hoover's cabinet after WWI.

Ten days before the attack on Pearl Harbor he wrote in his diary that Roosevelt believed a Japanese attack was imminent, and that the question was how to 'maneuver them' into firing the first shot.

His father Lewis Atterbury Stimson was a noted surgeon, the first one to publicly use Joseph Lister's antiseptic technique.

When word that General George S. Patton slapped an enlisted man evacuated due to a mental breakdown, he was one of the men who defended Patton, saying they needed his "aggressive, winning leadership."

Henry L. Stimson Is A Member Of