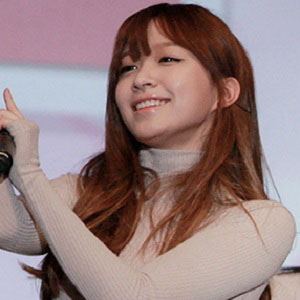 South Korean idol singer and actress who became a member of the girl group EXID. She has performed on the variety shows Off to School, Crime Scene and A Style for You. She has also hosted the KBS beauty show A Style For You.

She took a Chinese language course while in high school. She was initially going to be part of a girl group with various members of different South Korean pop groups.

She became a main cast member of tvN's Always Cantare, as well as JTBC's Off to School and Crime Scene.

She was born Ahn Hee-yeon in Seoul, South Korea. She previously dated JYJ singer Junsu in 2016.

Before EXID, she almost joined a girl group with Sistar singer Hyolyn.

Hani Is A Member Of