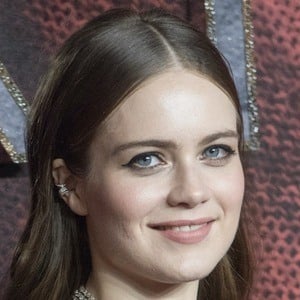 Icelandic actress who was best known for her role as Vanessa in the television series Da Vinci's Demons before landing a starring role in the American film Mortal Engines as Hester Shaw.

She graduated from the London Academy of Music and Dramatic Art.

Her role in the 2007 film The Quiet Storm earned her an Edda nomination.

Her full name is Hera Hilmarsdóttir. Her mother is actress Þórey Sigþórsdóttir and her father is director Hilmar Oddsson.

She was cast in the Peter Jackson-produced blockbuster film Mortal Engines.

Hera Hilmar Is A Member Of