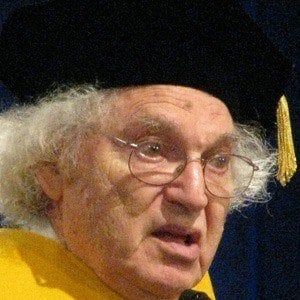 American mathematician whose equation for determining crystal structures changed chemistry forever. He was awarded the 1985 Nobel prize in Chemistry for his revolutionary work.

He obtained an M.A. degree in mathematics from Columbia University in 1939.

He had two children with his wife Edith Citrynell. The couple married in 1940.

He won the Nobel Prize in Chemistry four years after Roald Hoffmann did.

Herbert A. Hauptman Is A Member Of