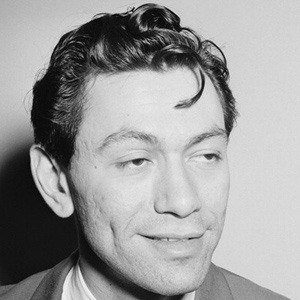 Multi-reedist who played R&B and jazz and who was considered a proto rock 'n' roller in attitude and performing style. He formed his own septet.

He attended the Julliard School and was part of the U.S. Army before beginning his musical career.

His septet toured with Billie Holliday in the summer of 1950.

He was born and raised in Ashbury Park, New Jersey and died in Miami, Florida from a sleeping pill overdose.

Herbie Fields Is A Member Of