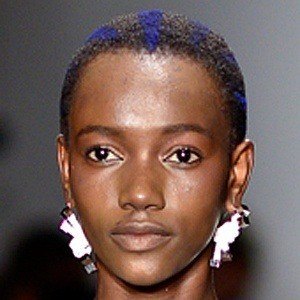 Tanzanian print and runway model who became known as the face of Maybelline as their New York brand ambassador. She has appeared in editorials worldwide such as Elle Canada, Vogue Japan and Italy, and Harper's Bazaar UK.

She was discovered at an open casting call in 2009 and made her debut at the spring Christian Siriano show in September 2010.

She is set to walk in the coveted Victoria's Secret 2016 Fashion Show.

She is from Tanzania but is of Canadian descent.

She will have joined the likes of Gigi Hadid and Karlie Kloss at the Victoria's Secret Fashion Show in 2016.

Herieth Paul Is A Member Of