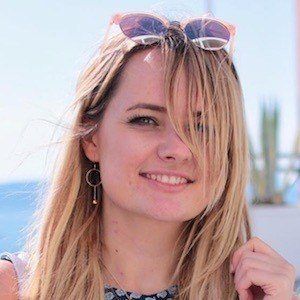 DIY crafting and organizational YouTuber whose videos also include routines, life hacks and the occasional travel and lifestyle videos. She earned more than 480,000 subscribers, while also maintaining a blog called Stitch & Guild.

She launched her YouTube channel with a username of LillaRosax in October of 2012. Her first video, posted in February of 2013, was titled "How to dye your hair Pastel (pink, lilac, lavender, dip dye)."

She pursued a Master's degree in digital marketing. Her first video to hit the 2 million view mark was "How to Clean Your Room in 10 Steps | 2016."

She is from the south coast of England. She became a mother to a pet bunny. She had a long-time boyfriend named Ben Williams.

She and Jazzybum are both British DIY YouTubers.

Hermione Chantal Is A Member Of