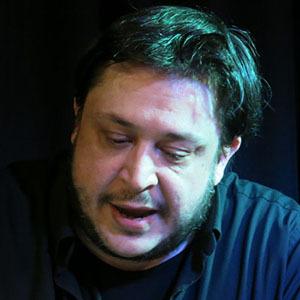 Argentine writer and editor who is known for running the website Blognovela which combines the worlds of literature and blogging. He is also known for having founded Editorial Orsai Magazine and also worked as an editor of La Ventana Magazine.

He got his first job as a journalist at the age of 13. He covered several basketball matches for the El Oeste newspaper. He then founded La Ventana magazine in 1990 where he also worked as an editor.

He has won several awards for his writing including 1st Price of Novel in the Biennial of Art in Buenos Aires in 1991, the Juan Rulfo award in Paris in 1998 for his story Dirty Laundry, and the Deutsche Welle Award for Best Blog in 2005.

He was born and raised in Mercedes, Argentina and has two children named Nina and Pipa.

He wrote a book in 2004 entitled The Diary of Letizia Ortiz which was based on the life of Queen Letizia of Spain.

Hernán Casciari Is A Member Of