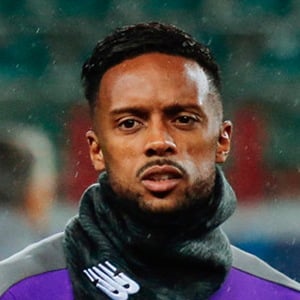 Portuguese professional football player who is known for his work as a forward and striker on the FC Porto club. He is also known for having played with the Olympiacos club and with Vitoria Guimaraes.

He first started training with the local Atletico Clube de Portugal in 2009. He then joined their senior team in 2010. He was quickly loaned out to Mirandela before joining the Vitoria Guimaraes squad in 2013.

He is known for having won the Superleague Greece championship with the Olympiacos club in 2015 and the Primeira Liga in 2017 with the Porto team.

He was born and raised in Lisbon, Portugal.

Other players known for their work as a forward with the Porto club include Alberto Bueno and Tiquinho Soares.

Hernani Fortes Is A Member Of