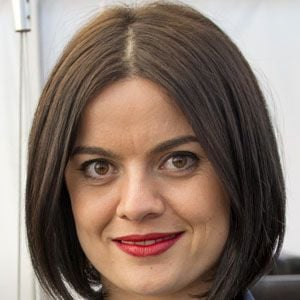 Albanian singer who gained national popularity after winning the televised song contest Festivali i Kenges. She represented Albania at the 2014 Eurovision Song Contest by singing the song "One Night's Anger."

She began singing at age eight and was a finalist on the talent show Ethet e Se Premtes Mbrema.

She is also a multiple-time participant in the Kenga Magjike musical event.

She was born in Kukes and moved to Tirana with her family at age five.

She and singer Kejsi Tola have both represented Albania at the Eurovision Song Contest.

Hersi Matmuja Is A Member Of