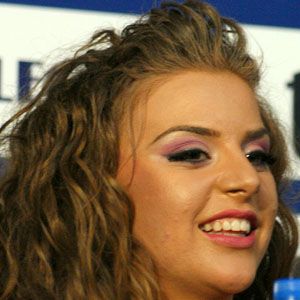 Albanian pop star who was introduced to her country as the winner of Albania Idol in 2007.

She made her performance debut at age eleven by winning the Young Voices of Albania competition.

She represented Albania in the 2009 Eurovision Song Contest with the song "Carry Me In Your Dreams."

She was raised in a small family in Tirana, Albania.

She competed in the 2009 Eurovision Song Contest, which was hosted by Natalia Vodianova .

Kejsi Tola Is A Member Of