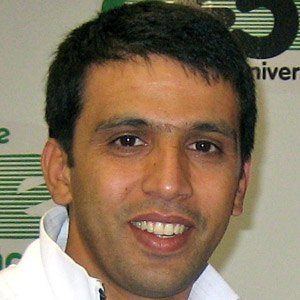 Middle distance runner who won gold medals in both the 1500 meter and 5000 meter competitions at the 2004 Olympics in Athens.

He was a teenage star, placing 3rd in the 5000 meter Junior World Championships in 1992.

He was born and raised in Berkane, Morocco.

At the Junior World Championships in 1992, he placed right behind future Olympian Haile Gebrselassie.

Hicham El Guerrouj Is A Member Of