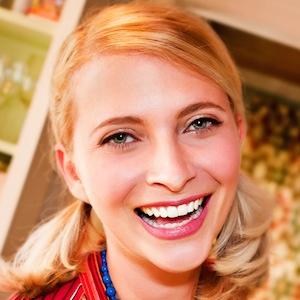 She started her cooking show in 2010 never expecting anything to ever come out of it. The show was only intended to be something to do, but the amount of views her videos were getting could not be ignored.

She wrote a 300-page cookbook called Learn to Cook and followed that with books called The Breakfast Taco Book, Cavelady Cooking!, and Holiday Cookies.

She grew up in Lake Travis, Texas. She married Christopher Sharpe and her son Flint was born in October 2014.

She uploaded a video in September of 2013 called "Cocktails with Jimmy Wong! Old Fashioned Cocktail."

Hilah Johnson Is A Member Of