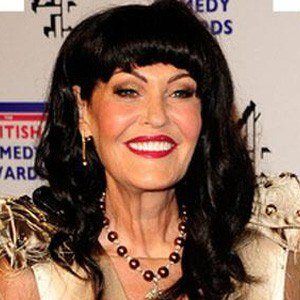 She made a fortune with her own freight network Pall-Ex and joined as one of investors on BBC Two's Dragons' Den.

Her Pall-Ex business, which involved transporting palletized goods, managed to bring in annual revenues near £75 million.

Outside of the Dragon's Den, she appeared on Channel 4's Secret Millionaire and presented BBC Two's mini-series Hilary Devey's Women at the Top.

She grew up in Bolton, Lancashire. She became inspired by watching her father's central heating company go bankrupt.

Arlene Dickinson was another millionaire investor of Dragon's Den.

Hilary Devey Is A Member Of