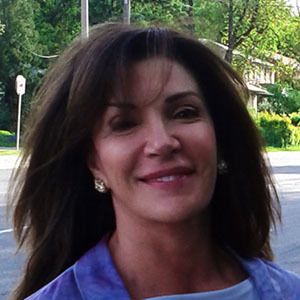 Co-host of the home design show Love It or List It alongside David Visentin. She also appeared as a guest on The Marilyn Denis Show discussing interior design techniques.

She attended Ryerson University where she studied interior design.

She appeared as a celebrity guest on ETalk in 2012.

She welcomed a son with her husband, writer and producer, Gordon Farr. The couple later divorced.

She has renovated homes for celebrity clients such as Jenna Elfman.

Hilary Farr Is A Member Of