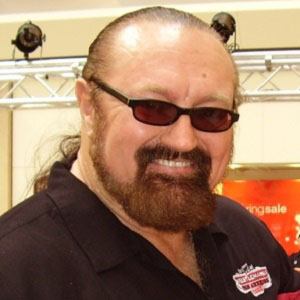 Wrestler who competed in the World Wrestling Federation from 1984 to 1990, appearing in high-profile matches like Wrestlemania 2. After retiring, he hosted the WrestleMania Axxess tour as well as the country music radio show Hillbilly Jim's Moonshine Matinee.

He got his start wrestling as the biker Harley Davidson in the Continental Wrestling Assocation in Memphis before making his WWF debut in 1984.

He recorded the song "Don't Go Messing With A Country Boy" for the 1985 album The Wrestling Album, featuring musical contributions from a variety of WWF wrestlers including Lou Albano.

His birth name is James Morris.

During his WWF career he was often paired up with so-called "monster heels" like King Kong Bundy.

Hillbilly Jim Is A Member Of