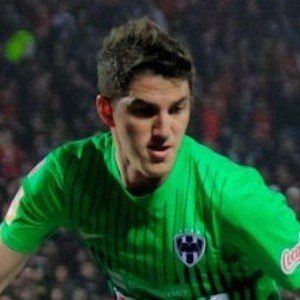 Mexican football player who is best recognized as a defender for Liga MX Queretaro on loan from Monterrey.

He first began his career playing for the club CF Monterrey under several different divisions. He was then promoted to the first team during the summer of 2010.

He has won several awards and recognitions for his playing including the Olympic Gold Medal in 2012 while playing with the Mexico Under 23 team.

He was born and raised in Monterrey, Mexico.

As a player for Mexico's National Team, he appears alongside Rodolfo Cota, Andres Guardado, and Carlos Vela.

Hiram Mier Is A Member Of