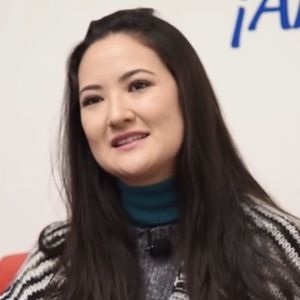 Actress and singer who came to fame as a contestant on the talent show La Academia before becoming an in-demand voiceover artist for the Spanish-language versions of films like Pixar's Brave (2012). She passed away unexpectedly at the age of 34 due to internal hemorrhaging stemming from complications with her pregnancy.

She spent her early years in Fukuoka, Japan before moving to Mexico.

She played Mulan in 12 Princesas en Pugna, a satirical play about Disney Princesses.

She married Fernando Santana in 2017, shortly before her death.

She competed against Carlos Rivera on season three of La Academia.

Hiromi Hayakawa Is A Member Of