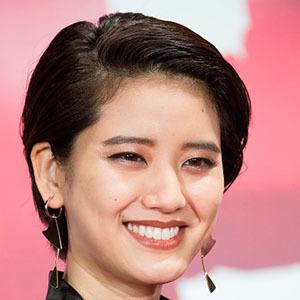 Actress who has gained fame for her career in the Japanese film industry, including in the 2018 mystery film Killing for the Prosecution. She also starred in the 2017 drama film Hanagatami as Akine.

She earned her breakthrough as the special jury prize-winner at the 7th Toho Cinderella Audition.

She starred in the 2017 film Let's Go Jets, for which she earned critical acclaim. She prominently appeared in the 2016 drama TV series Cain and Abel.

She was born and raised in the Chiba Prefecture within Japan.

She and Kazunari Ninomiya starred together in the 2018 mystery film Killing for the Prosecution.

Hirona Yamazaki Is A Member Of