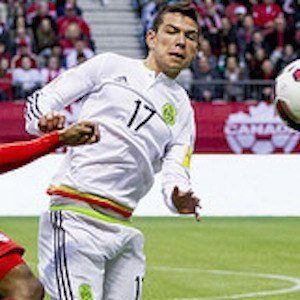 Mexican right winger who made his La Liga debut with CF Pachuca in 2014. He signed with PSV Eindhoven in 2017 and in August 2019, he began playing for Napoli.

He came up through the youth system of CF Pachuca and made his debut with the senior squad in 2014.

He was born in Mexico City, Mexico. He has been nicknamed Chucky.

He has been teammates with defender Aquivaldo Mosquera at CF Pachuca.

Hirving Lozano Is A Member Of