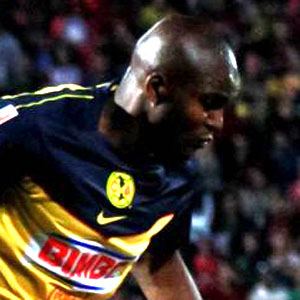 Defender who joined the Colombian national team in 2005; appeared in 41 matches for Sevilla between 2007 and 2009, before joining Mexico City's Club America.

He began his professional career with Atletico Nacional in 2000.

He won the Liga MX Clausura with Mexico City's Club America in 2013.

He was born in Apartado, Colombia.

He was joined by midfielder Juan Toja on the Colombian national team in 2008.

Aquivaldo Mosquera Is A Member Of