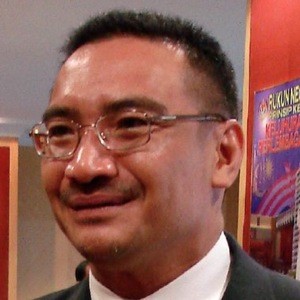 Politician who served as the Minister of Defence of Malaysia from May 2013 to May 2018. He has over 280,000 followers on his hishammuddinhussein Instagram account.

He married Marsilla Tengku Abdullah in 1986.

He and Najib Razak are both Malaysian politicians.

Hishammuddin Hussein Is A Member Of