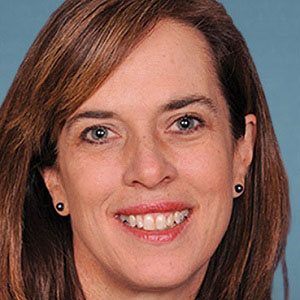 Politician and member of the Democratic Party who became a Congresswoman representing Massachusetts's 5th congressional district in 2013.

She attained her law degree from Cornell after getting her Bachelor's from St. Lawrence University.

She has three sons with her husband Rodney.

She succeeded Ed Markey in Congress.

Katherine Clark Is A Member Of