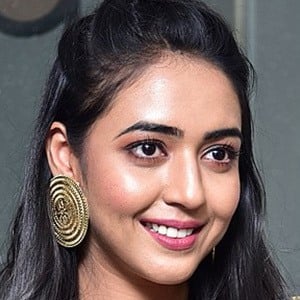 She studied and trained as an actress at the Roshan Taneja School of Acting in Mumbai. She then started her acting career in 2017 when she made her debut in the Kannada language film 1/4kg Preethi.

She is also known for having won the third season of Dancing with the Stars on Colors Kannada during the 2016 season.

She was born and raised in Bangalore, Karnataka, India. Her father Sihi Kahi Chandru is also a professional actor.

She starred alongside Sonu Gowda in the 2018 feature film Onthara Bannagalu.

Hitha Chandrashekar Is A Member Of