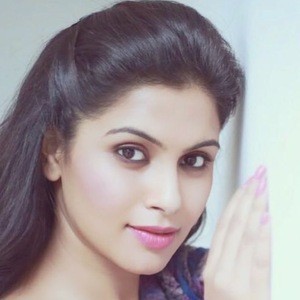 Actress who has won fans across India with her performances in such films as Police Quarters (2010), Amara (2014) and Kiragoorina Gayyaligalu (2016). She is also known for her work with the popular theater company WeMove Theatre.

She graduated from Carmel High School in Bangalore, India.

Her performance in the crime drama Kiragoorina Gayyaligalu earned her a Best Supporting Actress nomination at the Filmfare Awards South.

Her birth name is Shruthi Ramakrishna. She is the sister of actress Neha Gowda.

She appeared with Bobby Simha in the Tamil romantic comedy Kavalai Vendam (2016).

Sonu Gowda Is A Member Of