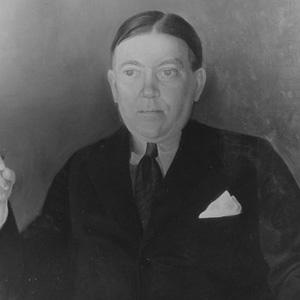 American author who wrote The American Language, a study of how the English language is spoken in the United States. As a journalist, he worked for The Baltimore Sun, The American Mercury, The Smart Set, and other prominent publications.

As a boy, he was profoundly interested in reading, as well as in photography and chemistry. He later attended the Baltimore Polytechnic Institute, graduating as class valedictorian.

He became known for his satirical newspaper articles on the famous Scopes trial and was the first to refer to the historical legal battle as "The Monkey Trial."

He detailed his childhood as the son of Baltimore cigar factory owner, August Mencken, Sr., in his memoir, Happy Days. He married Sara Haardt in 1930.

HL Mencken Is A Member Of