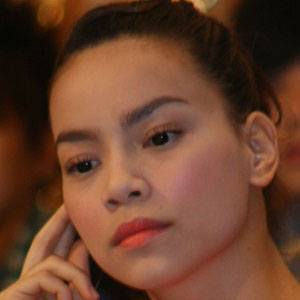 Notable for her work as a model, pop vocalist, and screen actress, she rose to fame after winning Vietnam's national modeling contest and subsequently released Va em da yeu and several other albums and appeared in a number of Vietnamese films and television series.

Before launching her career as a model, she trained as a pianist at the Military College of Arts.

She judged one season each of Got to Dance, The Voice, and X-Factor.

She and Nguyen Quoc Cuong welcomed a son in 2010. Earlier in her life, she was briefly married to a man named Pham Quang Hung.

She and Nguyen Lam both became famous in their native country for their work as models.

Ho Ngoc Ha Is A Member Of