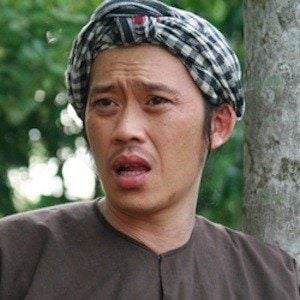 Vietnamese comedian and actor behind his self-titled YouTube channel where he has gained over 30,000 subscribers posting live performances, skits, and videos from his everyday life. The award-winning star has appeared in numerous shows and films throughout his home nation.

Multitalented, he began his career as a dancer, touring and performance throughout Central and South Vietnam.

He is a skilled stage actor and has appeared in more than a hundred different stage productions across both Vietnam and the United States.

He is the son of Vo Toan; he has two siblings: Dương Triệu Vũ and Phương Trang. His son, Hoai Lam, is a well known singer and actor in Vietnam.

Both he and Xuan Bac are well known actors from Vietnam.

Hoai Linh Is A Member Of