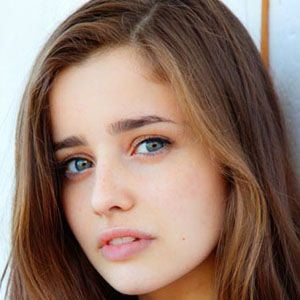 Television actress known best for her role as Nita Clements on the popular BBC One medical series Casualty. She has also appeared in episodes of Doctor Who and Skins.

When she was just four years old, she played Louise Creegan on the ITV series Touching Evil.

She was nominated for an Ian Charleson Award for her starring role in the Belgrade Theatre's 2012 production of The Father.

She and her sister, fellow actress Elizabeth Earl, grew up in London, England.

She and her sister both acted alongside Dervla Kirwan in the 1999 made-for-TV movie The Greatest Store in the World.

Holly Earl Is A Member Of