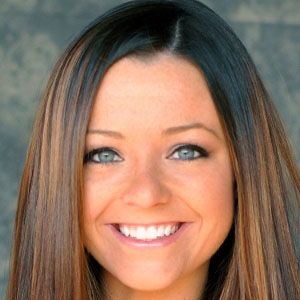 Reality star and children's book author first known for appearing in season 12 of the Bachelor and her followup appearance and subsequent win of season 2 of Bachelor Pad.

She graduated from Walsh University with a bachelors in Communication.

She married season 7 Bachelorette contestant Blake Julian in 2012. They moved to South Carolina where he practiced as a dentist and she continued to work on her books.

She starred in Bachelor Pad, a show hosted by Chris Harrison and Melissa Rycroft.

Holly Julian Is A Member Of