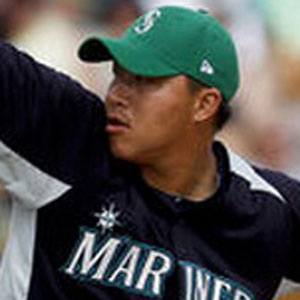 Debuted with the Los Angeles Dodgers in 2005, becoming the fourth MLB player from Taiwan.

He was a pitcher for Taiwan in the Asian Games and in the first World Baseball Clinic.

He agreed to a one-year non-guaranteed deal with the Seattle Mariners on February 6, 2012, but was released a little over a month later on March 19.

He became teammates with closer Eric Gagne on the Dodgers in 2005.

Hong-Chih Kuo Is A Member Of