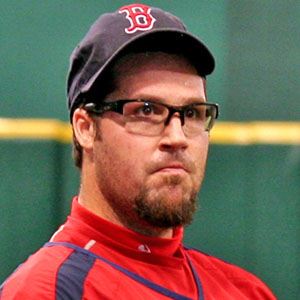 Former MLB pitcher, best known for being a top closer for the Los Angeles Dodgers; set a record by converting 84 consecutive save opportunities.

He played baseball and hockey while growing up in Canada and spoke only French when he was drafted into the MLB.

He won the 2003 National League Cy Young Award after going the entire season without blowing a single save.

He had four children with his wife Valerie.

He and former teammate Russell Martin were both raised in French-Canadian families.

Eric Gagne Is A Member Of