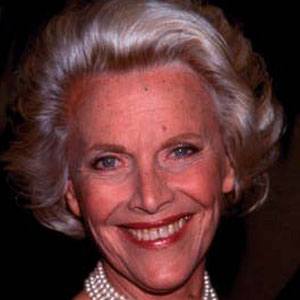 Actress who played the role of Bond girl Pussy Galore in Goldfinger, starring Sean Connery. She also played Hera in Jason and the Argonauts.

She studied drama at the Guildhall School of Music and Drama.

She played the role of Cathy Gale in the British TV series The Avengers.

She had two children and married her second husband, Maurice Kaufmann, in 1961.

She had a brief role in Bridget Jones's Diary, starring Renee Zellweger.

Honor Blackman Is A Member Of