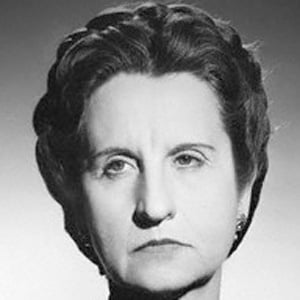 Her 6'2" height and 230-pound frame often got her cast in sinister, villainous roles, particularly in film noirs. She earned an Academy Award nomination as the prison matron in Caged, and played a Spencer Tracy-tossing circus strongwoman in Adam's Rib.

She made her acting debut on Broadway and vaudeville stage in the 1920s and continued performing onstage into the 1930s.

She was born and raised in Hawarden, Iowa.

She earned an Emmy Award for her role in Peter Gunn, a series remembered for its Henry Mancini-written theme music.

Hope Emerson Is A Member Of