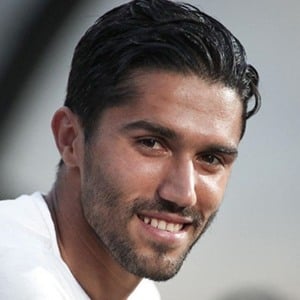 He started his youth career playing for the Bargh Shiraz club in 2006. He made his senior career debut with the club in 2010. In 2012, he started playing with the Esteghlal club as well as the Iran under 23 national team. He moved up to the official Iran national team in 2018.

He was named the Navad Player of the Month in January of 2018 and also won the Hazfi Cup during the 2017 season as part of the Esteghlal club.

He was born and raised in Shiraz, Iran and shared a photo with his brother to Instagram in June of 2018.

Other goalkeepers also known for their work on the Iran national team include Alireza Biranvand and Rahman Ahmadi.

Hossein Hosseini Is A Member Of