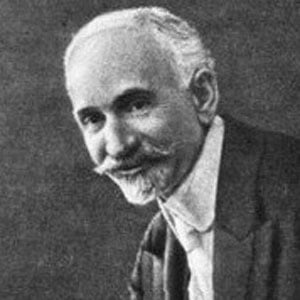 Remembered for works such as The Capture of Tmkaberd, Anush, and Nazar the Brave, this acclaimed 19th and early 20th-century poet, novelist, and writer of fairy tales and ballads was honored as an Armenian National Poet.

He began writing poetry when he was just twelve years old. He published one of his earliest poetic works, The Dog and the Cat, when he was in his late teens.

The 1912 opera Anush and the 1930 opera Almast were both inspired by his literary work.

He and his seven younger siblings were born in Dsegh, Russian Empire (present-day Armenia), to a priest father and a storyteller mother. His marriage to Olga Matchkalyan Tumanyan resulted in ten children.

He was responsible for Armenian translations of major works by Alexander Pushkin, Lord Byron, and Johann Wolfgang von Goethe.

Hovhannes Tumanyan Is A Member Of