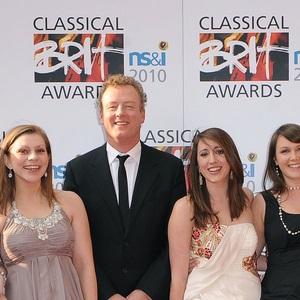 British composer of television scores, musical theatre pieces, and choral music. His works include The Dreaming (a musical) and Eternal Light: A Requiem (a choral and orchestral piece).

He studied music at Christ Church, Oxford. He composed one of his earliest musical theater works, The Hired Man, in 1984.

He composed a 2001 choral piece entitled "In Memoriam Anne Frank."

Howard Goodall Is A Member Of