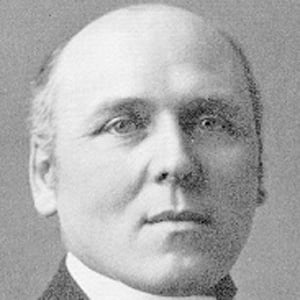 Influential illustrator and children's book author best known for his 1883 work "The Merry Adventures of Robin Hood" and his four-volume set on King Arthur. His first novel, "Otto of the Silver Hand," was published in 1888.

He began teaching illustration at the Drexel Institute of Art, Science and Industry in 1894. After the turn of the century, he established the Howard Pyle School of Illustration.

His many drawings of pirates influenced the modern conception of (stereotypical) pirate garb.

His mother read him fables and fairy tales when he was a child. He and singer Anne Poole were wed on April 12, 1881. He fathered seven children with her.

He and illustrator Johnny Gruelle were contemporaries.

Howard Pyle Is A Member Of