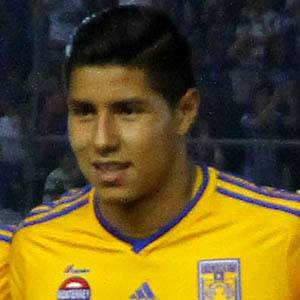 Center back who joined UANL in 2010 and debuted with the Mexican national team in 2009. He won three Mexican Championships with the UANL Tigres.

He made his professional debut in 2006 with Atlas against C.D. Guadalajara.

He won Best Centre Back of the Apertura 2011 tournament.

His mother's birthday is April 19th.

He became teammates with Andre-Pierre Gignac on the UANL Tigres.

Hugo Ayala Is A Member Of